I’m afraid the fat pigeonneaux who was sat on the roof of Ginger Nut Villa (my outhouse) has carked it. He fell off said roof, landing, quite literally, at my baked beans. I had awoken early that morning so I could take a turn around my garden and contemplate my estate. I did not lay a single baked bean on him and would like to make it quite clear that he died of natural causes. I gave him a brief post mortem, so I did…

Anyway, before anyone surfaced in my cottage I managed to whisk up a pate, a mousse, some snackette de morderes, a roast dinner and a curry out of the poor wee fellas carcus. Oh and a gravy. No one was going to stop me having a meat dinner fresh from my garden and I wasn’t prepared to risk losing the opportunity. I even had time to mount his feet onto a very fetching wall plaque as a reminder of my trophy. I did wonder whilst I was mounting his serres if my Oracle powers had caused him to fall off his perch because I had spent quite a few cat hours staring at him from my cottage window.

Eventually She stomped downstairs in her pyjamas, with her knotted bed hair, crumpled pillow face and began screeching at the sight of my new wall mount and the array of pigeonneaux nibblets I’d laid out on my kitchen table. I held up a plate of deep fried crispet pigeon balls that I’d made out of his plump legs but I couldn’t tempt her out of her amateur dramatiques. I’d used every little bit of him, dear readers, nothing went to waste so I couldn’t understand what the problem was. I told She to calm down and made her a cup of tea, explaining as I did so how I’d found him dead that morning, and, being a bit whiffy I decided to ‘tidy’ him up. Anyway, all the other fluffs enjoyed what I’d produced and I was forgiven for last weeks attempted murder debacle.

The GPAA have told me they’re not entirely convinced of my remorseness or friendship with Mr. Pig and I’m blaming the BBC. If they hadn’t dropped us from the picture box I would have been able to prove our genuine relationship, so I would.  Anyway, they’re not putting me on trial or sending me to cat prison which is a relief. Instead, they’ve issued me with some GPAA Community Cat Hours, which means I have to take him out on a couple of trips and bring back photos as proof. I managed to get through the first weeks outing but I’m not relishing next week, so I’m not. One whole day with Mr. Pig was enough but I have one more day to go to make up the hours.

Anyway, the GPAA ordered me to take him to the Zoo for the day. It started off badly when he insisted whilst we were on the bus that I carry his Barbie lunch box. Anyone who knows me, dear readers will be aware that Sindy Doll, now retired, lives with me in my cottage and never have I ever supported Barbie during her career out of loyalty for my friend. He manipulatively told me he’d tell the GPAA if I didn’t, so I agreed. Then he announced on the bus journey to the Zoo that he wanted a wee wee. At this point, dear readers I could have quite happily ‘slammed’ him in his lunch box and thrown him out of the window but I suppressed the urge by eating the Cadbury’s Curly Wurly he had stashed in it. I asked the bus driver to stop and found him somewhere away from view where he could have a wee wee.

All in all I had a tumultuous day filled with guinea pig visions but I think the whole experience has been cathartic for me, so it has. After all I suppressed the urge to drop him down the funnel of the snake tank (they’re partial to rodents and I had an urge to see a live feasting). Nor did I attempt to hold him up in the air during the Falcon display to see if I could tempt the magnificent creature with some prey. I also quashed the urge to drop kick him into the Leopard enclosure to see if they’d ‘tolerate’ his nonsense. Or punt him into the field full of Ostriches to see if he could run faster than them.

Anyway, no one told me I had to travel on the bus home with him so it wasn’t my fault he was left at the Zoo. I told him if we got separated he was to meet me in the gift shop at 5p.m. And he didn’t show and I wasn’t missing the bus for anyone; Coach Trip, my favourite picture box programme starts at 5.30 p.m. Later that evening Mrs. Eileen Pig knocked on my door asking me the whereabouts of Mr. Pig. I told her the last time I’d seen him he was in the guinea pig enclosure having a jolly old time and he’d seemed very much at home. Anyway, I’ve got plenty of photos for the GPAA and if they ask what happened I’ll say he insisted on staying behind.

I must depart, dear readers, the GPAA will be here soon and I must decorate the photo album I made of our absolutely splendid day out. I am adorning the cover with glitter and stars to show how genuine our friendship is. I want to make sure I am completely exterminated from anything they might accuse me of…

Piss. S. Unfortunately Mr. Pig claims he didn’t know I’d left the Zoo and wandered around looking for me. He ended up in a very tricky situation with a group of Galagos’s. They might look cute, dear readers but they’re actually very spiteful. They surrounded him near the picnic area and told him if he didn’t hand over his Cornetto and pocket money they’d ‘rough’ him up. He was eventually found robbed of said items upside down in one of the picnic bins. They took his Barbie lunch box too, so they did… 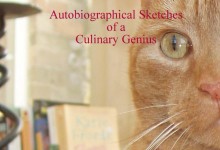